Tips For Moving To Atlanta, Georgia 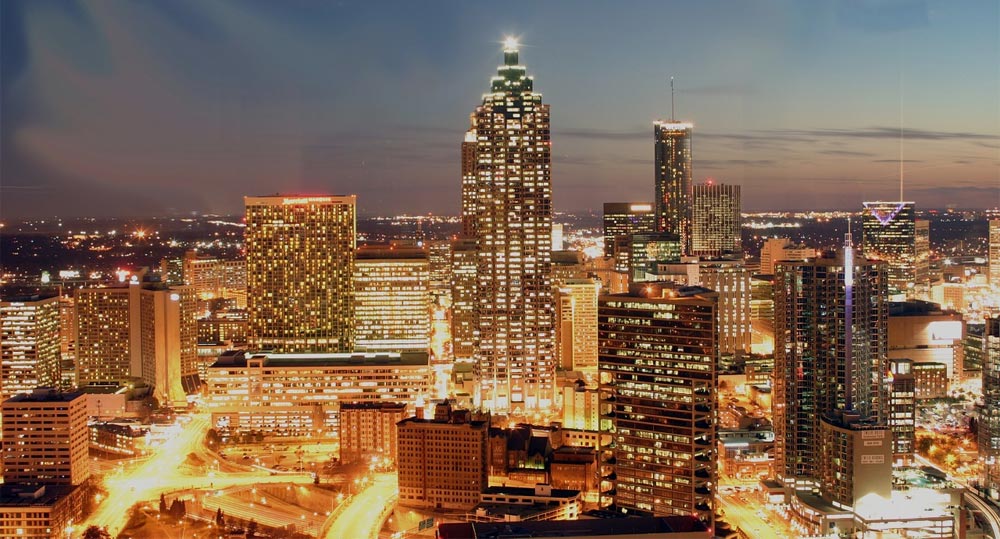 Atlanta, also called “The Big Peach” or “The City in a Forest”, Atlanta counts more than 5.6 million people and it is the 9th largest metropolitan area in the United States. The southern city is an excellent place to relocate to and live in for a variety of reasons, and below we are going to mention a few of the most important of them. If you are searching for a hip cultural hub offering an amazing culinary experience, the friendliest locals, breathtaking scenery every step of the way, the specific feel of a small town, and some of the coolest amenities in the country, give Atlanta, Georgia a chance.

The city was originally founded in 1837 and it quickly turned into a busy transportation hub as well as a main destination at the end of the Atlantic railroad. Atlanta is the capital city of the state of Georgia, as well as a place with rich historical importance in the nation’s history, with iconic figures like William T. Sherman and Martin Luther King Jr. Being connected to it.

The city even hosted the summer Olympics in 1996 and it hosts the busiest airport on the planet – the Hartsfield-Jackson Atlanta International Airport, with 2,500+ daily takeoffs to more than fifty different countries worldwide.

The city is constantly growing in population and for good reason. Here are some of the best arguments below.

What You Need To Know If You Are Moving to Atlanta, Georgia

Get Ready For The Amazing Southern Hospitality

Atlanta Georgia is the place to be if you adore the prestigious southern hospitality. You will find some of the friendliest people here, with random folks waving at you in the street and coming up to say hi out of the blue and some of the warmest and non-judgemental neighbors you could ever imagine existed. The city is known for being one of the most laid-back places to live in, and this is one of the major reasons why so many people from different parts of the US consider moving to Atlanta.

Atlanta Is A Huge City

The city of Atlanta spans over fourteen counties and it measures more than 50 miles in every direction, including the downtown area and the variety of beautiful suburbs to choose from for you relocation plans.

If you are interested in learning how to move to Atlanta, Georgia, you should first know that there are a couple of different classifications attributed to the city, dividing it into two areas: inside the perimeter, respectively, outside the perimeter. This categorization is essential as it will tell you whether you will be living inside or outside the town or loop/perimeter. This will be determined in relation to the location of Interstate 285. If you wish to move to Atlanta, Georgia and choose to stay somewhere inside the ITP, you will live in town. Moving in the OTP means you will be living in the suburbs, so you can expect a more family-friendly experience suitable for those interested in starting their own family. Also, the price of housing here is more affordable, the yards are more generous in size, and the school districts seem to be more prestigious.

If you are a young professional who enjoys living in a big city, you could consider moving in the ITP. At the same time, the price of the properties might go higher, so you will need to carefully ponder your exact expectations and make the right choice.

Moving To Atlanta, Georgia – Where To?

For starters, know that the cost of living here is just a little over the national average. However, you will find it is still rather affordable to live here, with an average monthly cost of living of $2,035. to expect to enjoy a comfortable living here, you should earn between $80,000 and $100,000 a year on average for a downtown resident. Don’t worry, while the numbers might sound alarmingly high, the average salary in Atlanta is also considerably higher compared to other US cities.

You will find plenty of interesting neighborhoods and boroughs to consider relocating to here, and these are some of the most exciting of them to consider:

If you are willing to give the CNN headquarter city a chance or move to the place where Stranger Things, The Walking Dead, and The Avengers were filmed, hire a professional Georgia interstate movers for a smooth relocation today!